Why are so many teens suffering from anxiety, depression, etc., today? 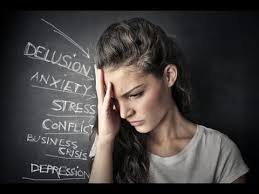 The statistics on teenagers, especially young women, with regard to suicide, depression, anxiety, low self esteem, etc., is staggering when compared to previous generations. Leonard Sax, M.D., Ph.D., is a physician and a psychologist. His scholarly work has been published in a wide variety of prestigious journals including American Psychologist, Behavioral Neuroscience, Journal of the American Medical Association, Journal of the American College of Nutrition, Journal of Family Practice, Annals of Family Medicine, Journal of Sex Research, and others. He says his office is filled with young people every day who are suffering from depression, anxiety, suicidal thoughts, etc., and that the root of most of these problems is what we refer to as the “hookup culture.” While it is true that teens have always misbehaved sexually before getting married, etc., it’s different now. In previous generations there was always understood to be some sort of connection between love, or at least commitment, to sex. Now, we have young people in our modern culture engaging in the most casual, manipulative sexual behavior with absolutely no connection to love or commitment. And what this has done is create a chasm between what the modern culture is echoing, namely that all this is just fine and inside, they’re really still “good people,” and what their individual consciences are telling them, that this is very dangerous behavior. This chasm is the root of the anxiety, depression, and in some cases, suicidal tendencies of these young children.

What I think has been lost in our society is this. Every moral act, whether good or bad, accomplishes two essential things. The first is an immediate consequence. Rob a bank, you get arrested and go to jail, etc. But the other effect is more long-term, in that every moral act we commit either builds up our character or undermines our character. Every moral act is part of the process of forming who we are as people, for good or ill. We hear soundbites that sound okay, but really aren’t true, mostly because they’re echoed so often. We hear things like, “Well, my daughter does all of these immoral things, but inside, she’s really a good person.” NO! She’s not. That’s not how things work in the spiritual or moral order of life. We are defined by what we do, much more than who we claim to be, either through ignorance or through denial.

There is a book out by Dr. Normal Doidge about the brain and how it operates. The brain is very elastic and responds to our beliefs and acts in a very interesting way. Folks in previous times somehow knew this. They reference this sort of thing when they said things like, “Lex orandi, lex credendi, lex vivandi.” “As we pray, so shall we believe, so shall we live.” If we do not live as we profess to believe, one of two things eventually happen. One, we change the way we live to match up with our professed beliefs. Or, two, we change our professed beliefs to line up with how we’re living. There is a third option, though, and that is to continue to live in disaccord to our professed beliefs, and what we know to be right. This causes tremendous problems in the human psyche and mental health. I believe the whole industry created by psychologists and psychiatrists would be decimated, if people realized this, and started to live according to what was right.

So, it’s never a matter of personal choice with regard to what a person believes with regard to morals. The root cause of all I’ve written above is this modern notion that it is the primacy of the autonomous will that is to determine our freedoms and who and what we are. This is a mistake. Who and what we are, and especially our freedoms, have to be rooted in the much wider context of the objective truth of things, not the primacy of the autonomous will of the individual. The juxtaposition of freedom and truth in our modern society must be fixed. It must cease, else problems will continue to increase and society itself will eventually fall apart. And, there will be many casualties, especially among the young.